International Women’s Day events have really taken off over the last five years, while they have been there much longer for some, it is obvious that most companies now host an event on the week of IWD. However, with all this added focus, it is concerning that many companies I speak to feel a little stuck on the topic of gender diversity. You know you are in this situation if some of the following start to happen in the next week.

There is a commonality to many of these concerns and much derives from companies who have focused on the mechanics and the processes but not addressed the deeper cultural shift needed to achieve gender equity.

Processes such as: more diverse slates of candidates for interview, improving maternity/ paternity leave; rolling out unconscious bias training are all useful but only if done as part of a broader cultural agenda. Many companies cannot understand why men aren’t taking their paternity leave or enhance parental leave, but the answer lies in the unwritten norms in the company. Perhaps if you do take these it will be seen that you are not as committed as your colleagues. Similarly rolling out unconscious bias training rarely has the desired impact on its own, and the only measure of its success seems to be how many people took it.

The cultural shift needed is much more challenging as it needs a deeper accountability by the senior executives and an understanding that this is not something you fix but that you continually work on. It is better to highlight at the start that its complicated and its nuanced For example, Professor Herminia Ibarra of the London Business school says that there is no empirical evidence that says making a business more diverse will make it more profitable and probably will make it less so unless you tackle the cultural challenges also at the same time. Taking an “add diversity and stir” approach does not automatically produce benefits. the process without the practice is much less effective”.

When we start to move back to normality later this year, we will see a great example of how this may play out. We will all be offered the ability to work somewhat of a hybrid week, some remotely and some at the office. However, if the senior executives are all in the office every day, it sends a clear (even if unintentional) message that those that are committed are back in the office full time. We have seen the challenge of “distance bias” for years, those who have worked flexible or in satellite offices often get overlooked purely as they are out of the line of sight.

So, this IWD day look at your companies unwritten rules and how may this affect your evolving workplace. Ask yourself what success looks like for your IWD event, and a hint, its very little to do with the event, it is everything you are doing before and afterwards.

← Prev: Remote working: What might the future of work look like for businesses? Next: Newstalk: Is Ireland becoming a less attractive place to work → 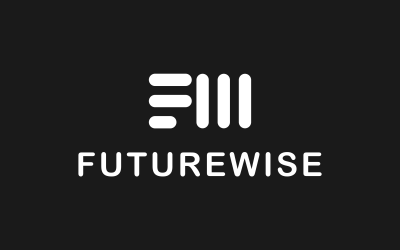 Employers struggling to make the switch to hybrid working

Peter Cosgrove, MD Futurewise spoke on the Pat Kenny show about the challenges employers are facing with hybrid...

Will Hybrid working work for all employees?

Peter Cosgrove joined Claire Byrne on RTE radio alongside Lorna Fitzpatrick to talk about the changing nature of work....

Is the 4 day work week a good idea?

Peter Cosgrove contributes to the Sage blog with his own thoughts on the four day week. Unlike many he is unconvinced...